J was sworn into Air Cadets on Tuesday evening.

Reciting the oath or whatever 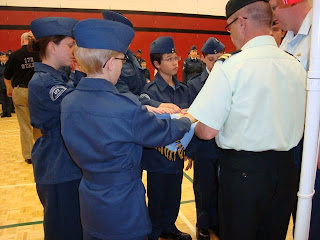 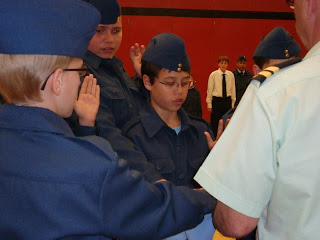 On Thursday evening he had his first taste of Tagging (standing outside stores asking for donations). He only had to do 3 hours outside a Zellers, but that is extremely long for a fidgety boy. 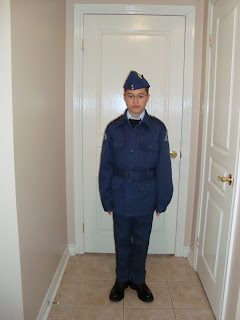 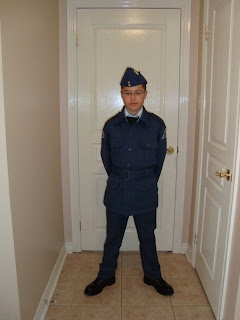 On Sunday, he had to Tag outside Foodland from 10:15 am to 5 pm. This Foodland is mostly frequented by the senior citizens that live in the senior building across the street. Apparently some of them thought he was cuter than the other cadet and told him so!

Being his usual goofy self 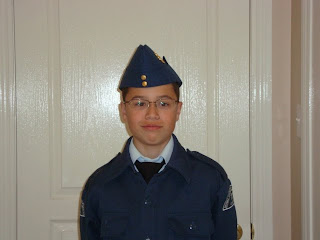 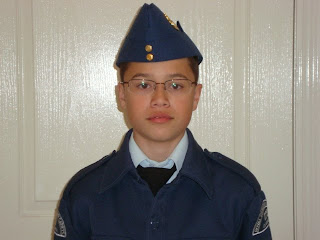 Tired of me taking his picture 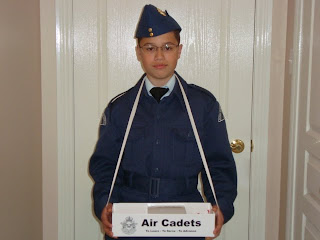 He is glad Tagging is finished for the year.

In 2 weeks time, he goes away for a survival weekend, he is really looking forward to that but from the photos on the squadron website, I think it may be more rustic than he is accustomed to.
Posted by Kim at 15:51

Very nice. From what I hear, they learn a lot in cadets - surviving the rustic is one of them ;-)