Money Works as an Incentive

I told J that I would give him $10 for each soccer goal he scores. This was to get him to try harder. I don't think he scored any goals last season.

Well tonight he scored a hat trick! That is 3 goals, for any non soccer enthusiasts out there. This season may get very expensive :)
Posted by Kim at 17:05 5 comments:

I have recently started writing for Demand Studios. How it works, is that they provide a list of titles and article types and you select them and write them. They are reviewed and either returned to you for a rewrite or rejected or accepted. If accepted you get paid and start looking for your next title to write about.


I have only written one article so far, which required a rewrite and then was accepted. I probably worked about 6 hours on a $15 article.

I am having great difficulty picking titles. There are litterally 100s of titles to chose from but these are not your standard article title. I think most are somehow generated from random searches run on the Internet.

Here are a few examples (as I cannot actually post Demand Studio titles, I am ad-libbing)

So I am spending way more time looking for a title then actually writing the articles.

P.S. I had to check for these titles in DS to ensure they were not actual titles - cause you just never know :)
Posted by Kim at 20:55 2 comments:

Remember a few weeks ago I was contacted to do a product review for CSN Stores?

Well I finally decided to choose a nice leather tote and a beach tote bag, hoping to be able to use both on my upcoming vacation. I did go over the review budget a bit and paid the difference myself.

Well I have received them both and while they are great, I won't be using either on my vacation.

The leather bag is far too nice to take to the beach. It is nice and large, the only downside is that there is only one small zippered pocket inside - I would have liked more - I think I will have to make a purse organizer for this bag so all my stuff doesn't just get all jumbled up. It is the softest leather - I have to stop petting my purse :) It measures 12 inches high by 15.5 inches wide. 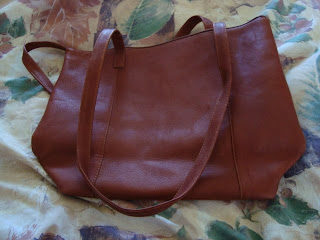 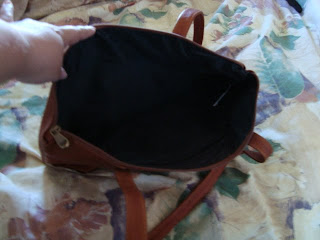 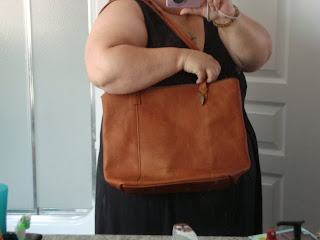 The beach tote bag is also very nice, only FAR larger than I thought it would be. It is HUGE! I could probably fit the kid in there. As we won't have to take our own towels to the beach in Cuba, it will be more than I need as far as a beach bag goes. It will be great for going to the beach while home as we will have to pack 3 beach towels as well as all the other beach paraphanalia. 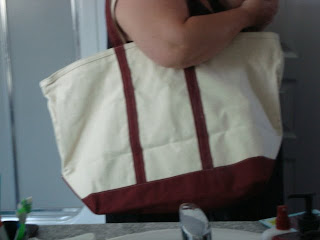 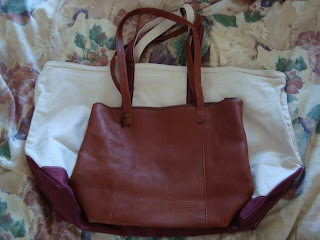 P.S. That dress I am wearing in the pics is a lil black jersey dress I picked up at Walmart for $8. It is the softest lightweight jersey material and oh SO comfy - I bought it for my trip but have been wearing it and another one I bought in black & white, almost everyday :)
Posted by Kim at 03:59 3 comments:

The Birds & the Peanut

The birds have been tormenting my DH.

For the past few weeks, the birds have been trying to set up house inside our BBQ.

As we don't often BBQ during the week, DH has had to clean the BBQ of nests each weekend. They were getting in the back somehow when the lid was closed, so we started leaving it open and placed a plastic bag with the BBQ brush on the grill - it detered them somewhat. But not completely.

DH finally went and bought a new BBQ cover that he will keep on during the week to keep the birds outta there (and I gotta tell ya, from all the chirping coming from the birds now sitting on the BBQ cover, they are NOT pleased - you ever been swore at by a bird?)

As DH was taking the wrapping off the BBQ cover, Peanut started growling and barking at him - we figured she didn't like the sound the plastic was making.

But then last night when I called her to go do her nightly business, she came to the back sliding glass doors, then she growled and backed away. She wouldn't go out past the BBQ.

I had to pick her up, carry her across the patio (and past the BBQ) and place her on the grass.

Getting her back in was equally dificult. I finally had to stand in between her & the BBQ so that is couldn't get her and she ran into the house. I even picked her up, took her to the BBQ, touched it and let her sniff it to show her it couldn't hurt her.

Now everytime she walks by the patio doors, she barks and/or growls at the BBQ. 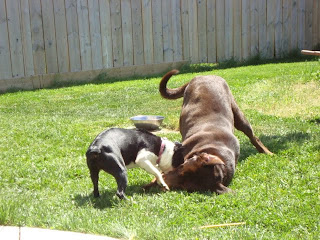 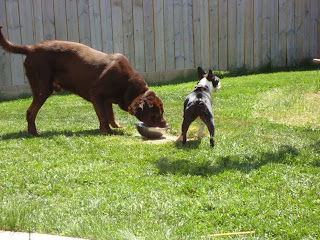 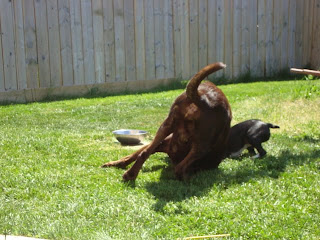 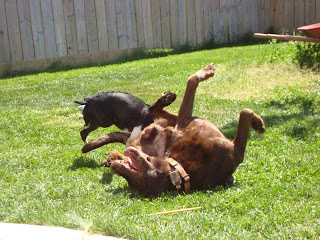 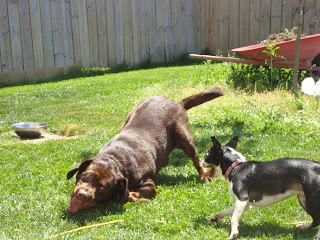 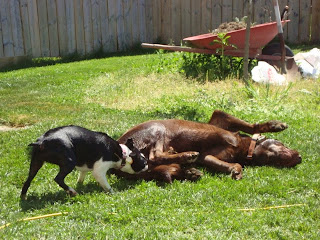 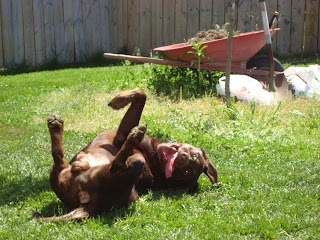 We started earlier this year than last - I had to double check, but we didn't start planting until after July 1st last year. Since the weather has been great so far, we started gardening on the May 24 weekend. 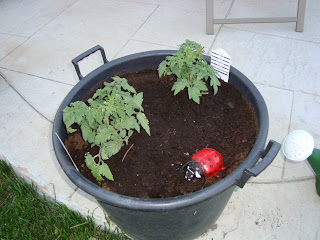 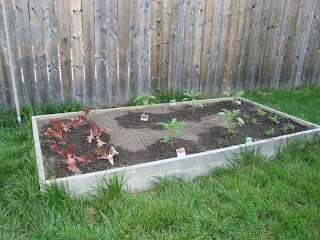 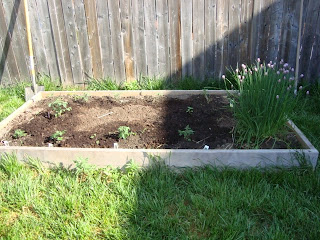 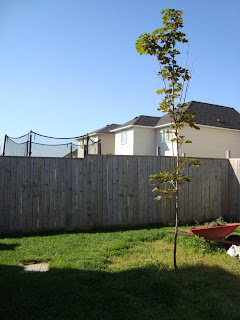 Clematis is doing well so far 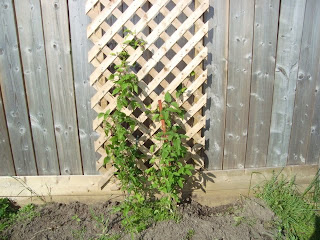 Our flowering bushes that I can't remember the name of 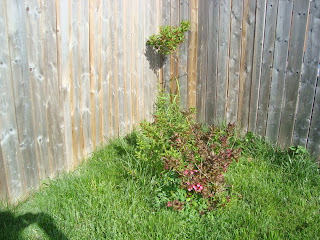 Hostas from a friend's garden 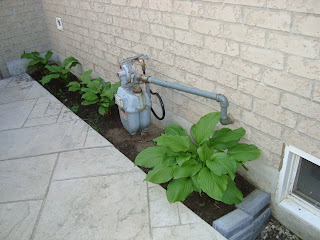 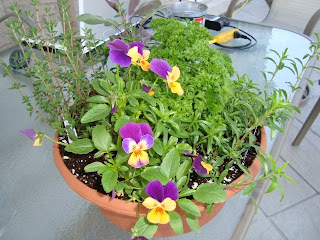