I didn't fall off the face of the earth

I just got busy with life and lazy - yes I am very lazy. Plus there didn't seem to be much happening that was blog worthy.

So we had a nice Christmas at home, just the 3 of us. Boxing day we had good friends & family over. And New Years was just hubs & I, as the kid was away at his cousin's. 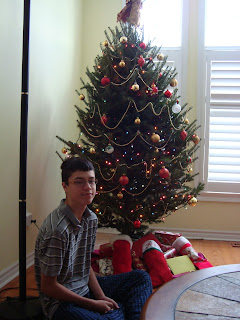 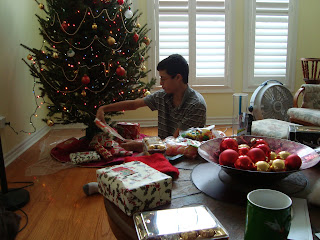 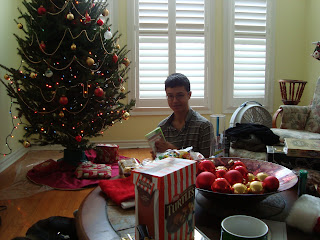 I conversed with a company about a job before Christmas but wasn't able to get in for an interview until after New Years due to a nasty stomach bug I caught. In early January I had my interview, which I thought went very well. Once home, I sent them my references. The HR woman relied to my email immediately that she was pleased with the interview and would get back to me shortly. I never heard from them again. I emailed her the next day but got no reply. Weird huh? No professional courtesy at all! There is nothing wrong with a simple email saying "Thanks, but no thanks".

I have been successfully lowcarbing for 24 days now and am feeling great and have lost 9lbs so far. I have no more sugar cravings and my energy is much higher. Onward & downward!

While hubs was away on a biz trip a couple weeks ago, his dog Kodi was really pining for him. He knew when he was due home from work and when he didn't come home, Kodi started to whine and look for him. Kodi is not allowed upstairs and really doesn't even like the stairs. But all of a sudden I heard a noise behind me while in my office (upstairs bedroom) and there was Kodi! He had never been in there so it was a blast for him running & exploring! He ran and slid into the bathroom - right into the back wall! We finally managed to get him back downstairs, but all that night I kept expecting to wake up to find him in my room. When hubs did get home, Kodi followed him back upstairs and waited outside the washroom until he was done. He hasn't been upstairs since, but hubs just left for another biz trip this morning so who knows what will happen tonight.


Kodi running around my sewing/office/craftroom 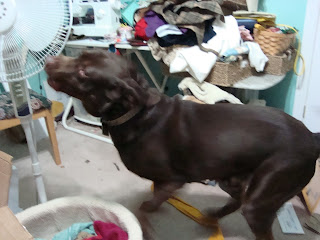 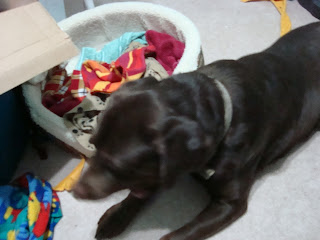 I also got around to reorganizing my craft space so that I actually had some table space to craft. 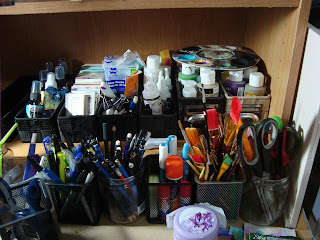 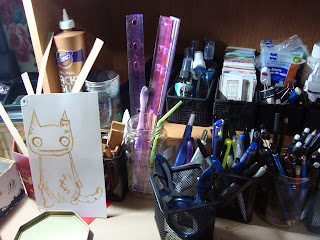 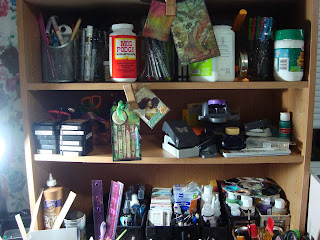 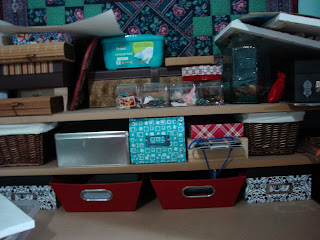 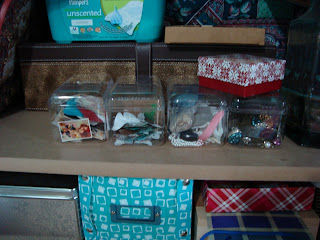 And finally I'll leave you with what greeted me when I went to bed the other night - hubs had gone in early and apparently Peanut joined him - on MY side of the bed! Doesn't she look comfy? :) 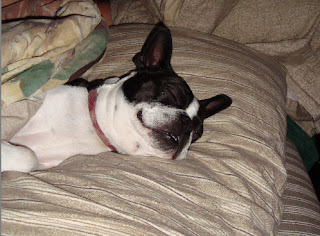